We are all athletic-minded travelers who share a common interest in striving to live healthier and happier lives, and helping others to do the same. 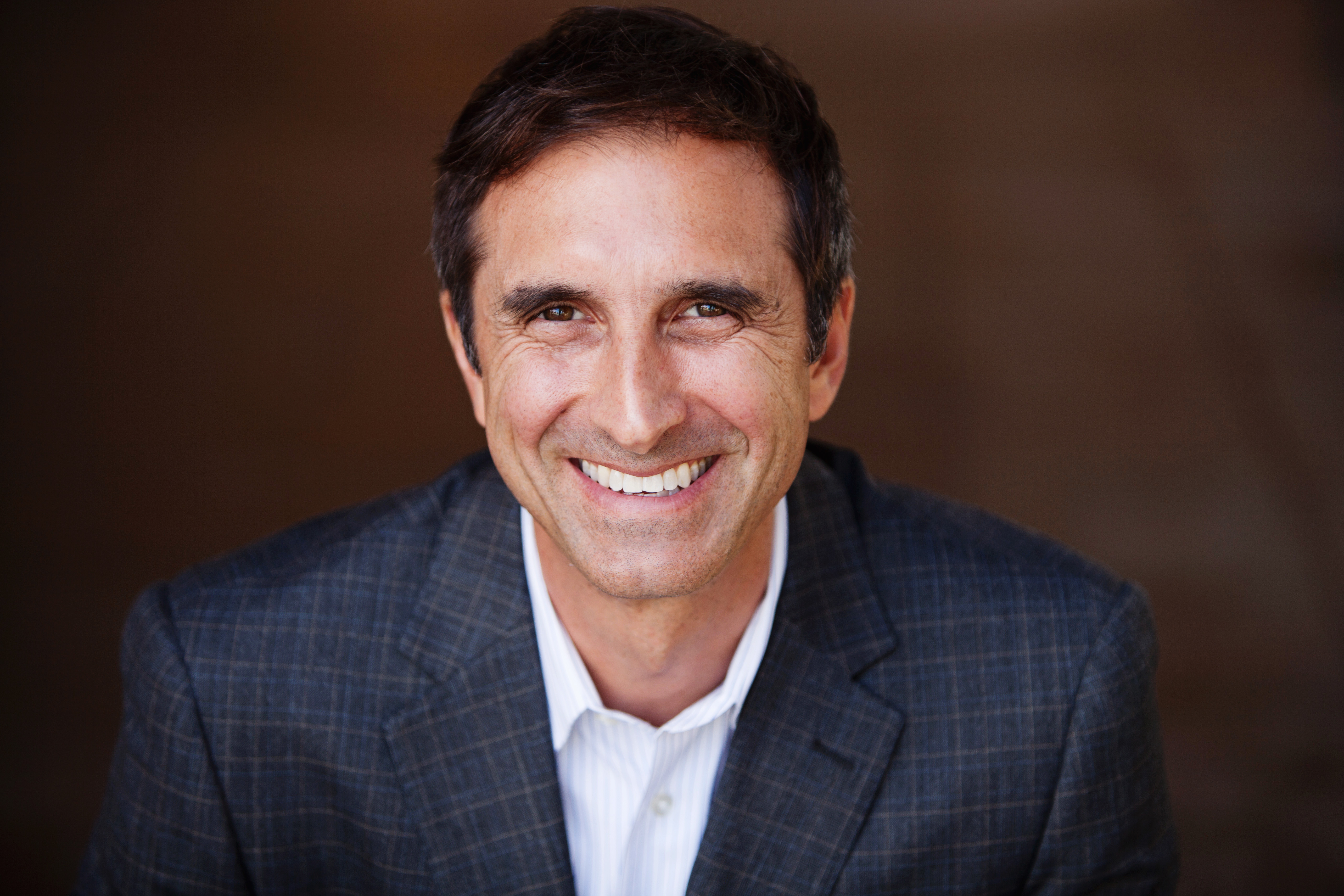 After merging a Chicago-based, seven-figure law practice bearing his name in 2001 and co-hosting a live television show, Jim (and his wife Erin) moved to San Diego, where he began to train 20+ hours a week in  the sport of triathlon while seeking other business pursuits. Spending a few hard core years swimming, cycling, and running, Jim earned “All American” honors, multiple podium appearances, a runner-up placing at the 2003 USA Triathlon Long Course Championships and he competed at the 2003 Ironman Hawaii.

In 2004, Jim authored The Athletic-Minded Traveler: Where to Work Out and Stay When Fitness is a Priority.  The 485-page book quickly climbed sales charts and became an Amazon.com best selling travel guide.  The groundbreaking resource sold well beyond the traditional book markets, including 500+ Jamba stores, multiple sport retailers such as Lucy and Title 9, and hundreds of bicycle and running shops.

Corporate customers pushed for an online version of the book’s content so the recommendations could be accessed as an employee wellness/work-life resource. Jim spearheaded the site development of AthleticMindedTraveler.com and continues to work as its Editor-in-Chief.  Also, he leads the team's custom jog/walk map program--now in use at more than 1000 hotels around the World.

In addition to leading the Athletic-Minded Traveler team, Jim is widely recognized as the leading authority in the healthy-travel marketplace.  Active.com and Triathlete have claimed him as their “travel expert”, Health has recognized him as a “Healthy Hotel Expert”, and other national/international media frequently solicit Jim’s opinions on travel and fitness trends, including the Washington Post, USA Today, MSNBC, Chicago Tribune, Forbes, Self, and many others. He also shares his expertise in a consultant capacity for a wide range of hotel, gym, and fitness projects.  Most recently, Jim has lead the fitness/wellness strategy for EVEN Hotels, IHG's new healthy lifestyle hotel brand and first of its kind. He serves on its Wellness Advisory Board (along with serving on other companies' Boards).

A proud U.S. citizen and Chicago native, Jim enjoys Colombian residency status and is an investor in the South American country with hotel and real estate projects in Medellin.

Jim earned a B.S. in Finance from Indiana University's Kelley School of Business and a J.D. from DePaul University College of Law in Chicago. 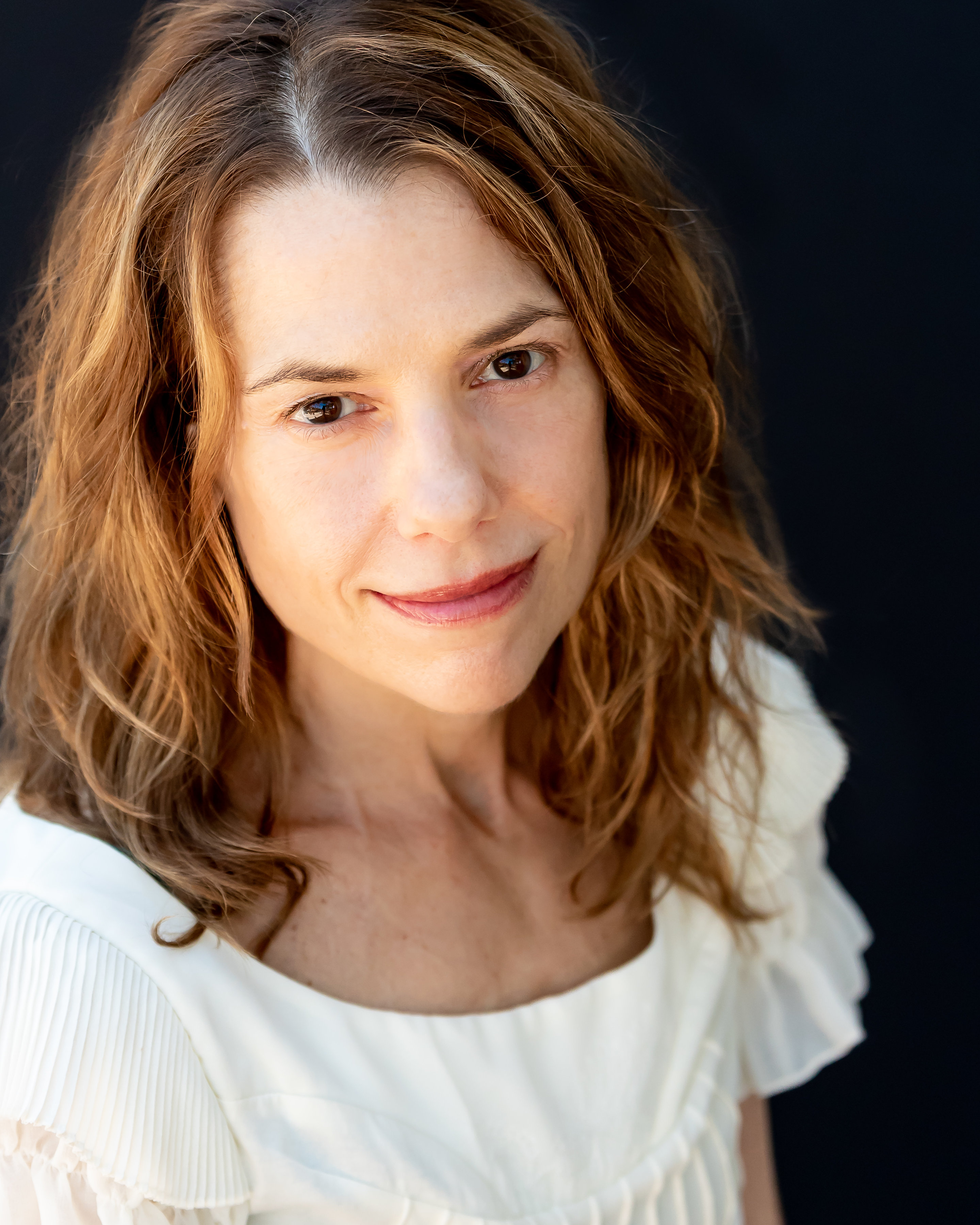 Erin is a former finance and business development executive who spent 10 years in sales and trading for a large commercial bank before relocating to San Diego in 2002. Her first years in America's Finest City were devoted to leading the business development efforts for an early stage energy solution provider. Involved in nearly all aspects of this young company's business, she quickly caught the entrepreneur bug and struck out on her own to co-create with her husband Athletic Minded Traveler LLC, a media company committed to helping others achieve a healthy lifestyle. In addition to serving as AMT's Managing Editor, Erin contributes articles and content to various magazines, websites, and e-newsletters on strategies to improve one's health--both financial and physical.

Erin is no stranger to travel and fitness. Having spent three years commuting back and forth from Chicago to Detroit, she confronted the perils of staying healthy while on the road on a weekly basis. If only she had this resource then! If there has been one constant in Erin's life it is her passion for exercise. The former soccer player ran her first marathon decades ago (Chicago) looking to "fill up her time" after completing her MBA at Northwestern's Kellogg Graduate School of Management. In her rookie attempt, she qualified for Boston and ran in the 100th anniversary race. After switching her focus from marathoning, she earned a personal trainer certification from the American Council on Exercise to help others pursue their fitness goals. Highest on Erin's current fitness scorecard is Hot Yoga--hatha yoga practiced in a very hot and humid room.

Erin is best known by her friends and family as an amazing cook with a talent for transforming typically sinful dishes into healthy fare that actually tastes good. She'll only reveal the ingredients and nutritional benefits after you say you love it. She has also led a book club for 15+ years called the "no flake, low maintenance book club." 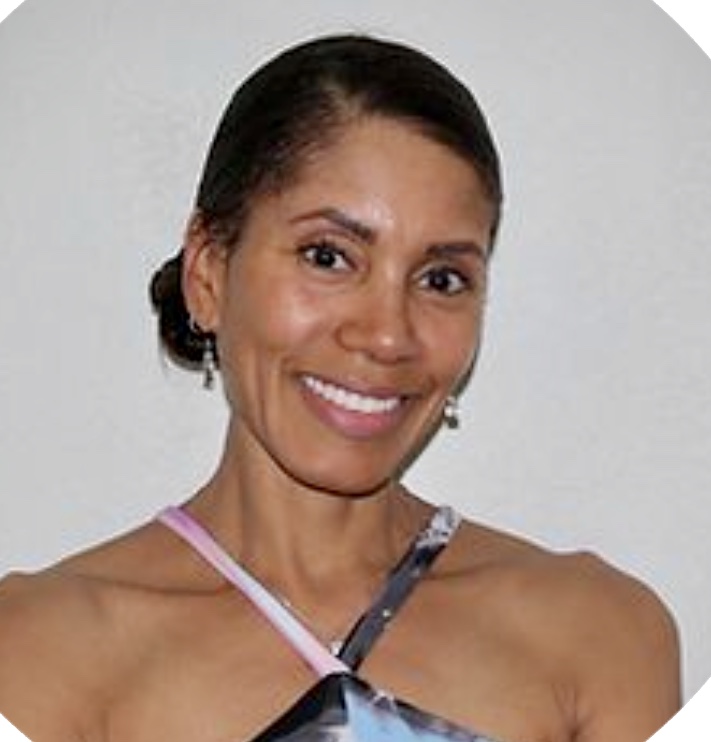 Mercedes, a native of the Dominican Republic, was raised in New York City and is one of twelve (yes, 12!) siblings!  She’s tough.  After serving in the United States Marine Corps, she landed in sunny San Diego and began civilian life in the hospitality industry.  She also spent a good chunk of her career in Human Resources working for a Fortune 500 company.

Mercedes likes to move. She’ll sweat it out in a hot Bikram Yoga class, hike up a mountain, run a marathon, slug it out on a mud run, and roller skate for miles.  Hula hooping and pull ups are also on the active list. The physicality required of Marines clearly stuck! But it’s not all sweat and fitness. Mercedes also is an acclaimed Salsa dancer and has traveled internationally to dance the night away.

While Mercedes’ passion for fitness is expansive, Bikram Yoga is the “favorite child”. She recently completed teacher training and now inspires others with her enthusiasm, discipline and knowledge. Her students LOVE her. No surprise there.

Favorite quote: “Life is a journey, enjoy the ride” 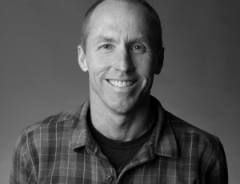 Paul Huddle is co-author of Starting Out Triathlon and Start to Finish--Ironman Training. One of the sport's most respected authorities, he co-hosts "The Competitors"--a weekly radio program on San Diego's Mighty 1090AM (home of the Padres), writes a monthly "Dear Coach" column for Triathlete Magazine and consults to Ironman North America for the design, set-up and operation of Ironman events.

A former professional triathlete and Ironman champion, he continues to remain active in the endurance community as a partner in Multisports.com (a premier endurance sport coaching-services company) and as Race Director of Ironman Arizona and Half-Ironman California. He was closely involved in the early development of the USAT triathlon coaching certification program and is also a USA Cycling Elite Coach.

In his role as a course director for Ironman North America he travels extensively to race sites around the U.S., keeping in close touch with the needs and experiences of thousands of athletic-minded travelers.

Paul holds a B.S. in food science from the University of Arizona (Go Cats!). 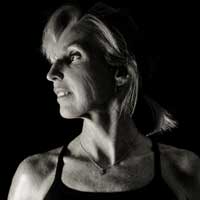 Paula is the most accomplished triathlete in history. She won the Ironman Hawaii Triathlon an unprecedented 8 times in 1986, 88, 89, 91, 92, 93, 94, and 96, earning her the nickname, "Queen of Kona". In addition to her 8 Hawaii victories, Paula won an additional 16 Ironman races through 2004--her most recent 1st place finish coming at Ironman Japan during her racing "retirement".

Among numerous other honors and awards, the United States Sports Academy named her as one of the top 5 professional women athletes of the last 25 years (1972-97), and The LA Times, Extra, and ABC's Wide World of Sports have heralded Paula as "The Greatest All-Around Female Athlete in the World".

Paula has switched her focus from professional racing to creating and pursuing business opportunities. She is the Co-Founder of Multisports.com, the premier coaching-services company that runs athletic camps and trains amateur/professional athletes throughout the world. Paula commentates and broadcasts as a media co-host for various sporting events during the course of the year. She is also the author of several books and continues to write columns for various publications. And yes, you will still occasionally find her at the starting line, but now, "It's only for fun,"--so she says! 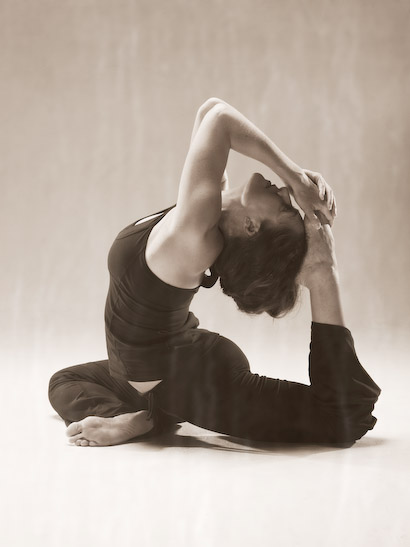 After years of modern dance training and performing, Beth began her yoga practice in 2000. She quickly discovered that a regular yoga practice could reduce stress, heal injuries, and deepen her connection to what she values most in life.  After years of practice as a student, Beth was ready to take her yoga to the next level -- as an instructor.  She achieved her teacher training certification through CorePower Yoga and completed training programs with Silver Age Yoga and Dynamic Systems Rehabilitation.

Beth is busy!  She is the San Diego Area Manager for CorePower Yoga, and leads the company’s Power Yoga Teacher training program as well as its yoga retreats in Mexico. Whether creating custom classes for individuals with disabilities or leading group sessions in the studio, Beth draws upon her alignment based dance background to create a fun yet mindful practice for her students.  Her love and passion for yoga shine through.

Beth has a Bachelor’s of Science Degree from SDSU in Kinesiology with a specialization in Fitness, Nutrition, and Health.  When she is not at the yoga studio she enjoys hiking, attending dance concerts and exploring new restaurants and wine bars! 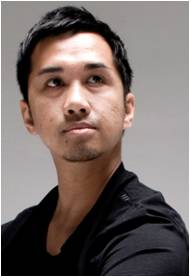 Kai began his yoga practice in Los Angeles, CA to remedy the taxing rigors and stresses of urban living. He discovered an immediate connection with yoga on a physical, mental and spiritual level and soon found himself with a burning passion for teaching yoga. He has completed two teacher training programs and two apprenticeships including the acclaimed teacher training at YogaWorks in Santa Monica, CA. Kai has an appreciation for all types of yoga but was especially drawn to alignment based vinyasa after meeting his teacher, Annie Carpenter, with whom he studied before moving back to Minneapolis in 2004.

After 4 years helping to build a thriving yoga community with CorePower Yoga in Minneapolis, Kai returned to Southern California to share his joy of yoga as a teacher, studio manager and director of teacher training.  From sunshine to rain!  Kai moved to Seattle where he continues to teach and inspire.  Kai is known for crafting dynamic yoga classes that are layered with logical and inspired sequencing, music, and breath – all of which work together to create moving meditation.

Kai’s role with CorePower Yoga has taken him all over the country to open and operate new yoga studios in Minneapolis, Chicago, Orange County, and San Diego.  He loves exploring all types of yoga and local establishments that support a modern-day yogi’s lifestyle – yoga studios, organic restaurants and even the occasional cocktail lounge! 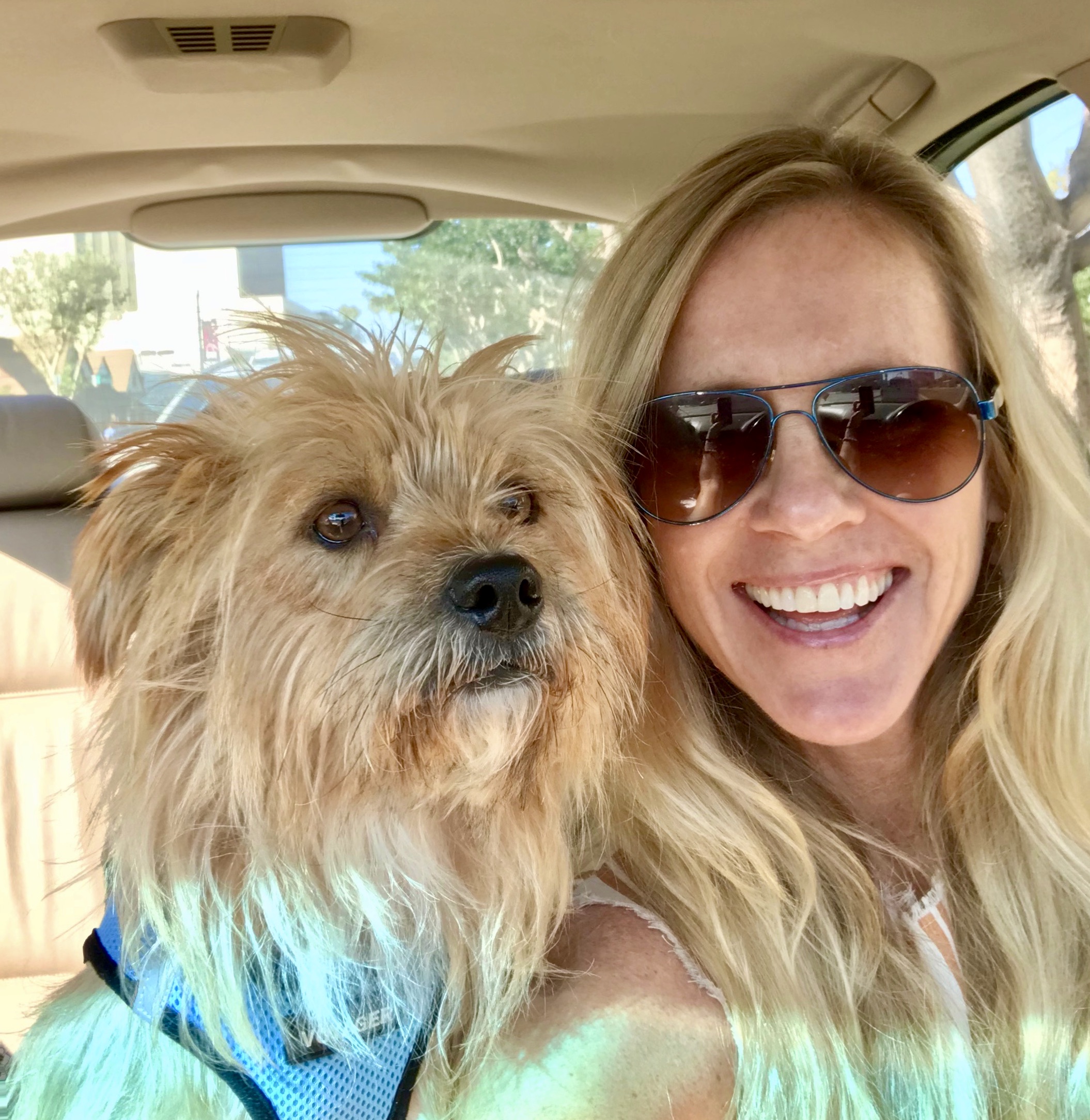 Based in Los Angeles, Carolyn is an Executive Producer and Showrunner of non-fiction documentary series for programmers including Discovery, Oxygen and TLC, and currently Lifetime.

The former television news reporter and anchor began her career in broadcasting at CBS News in New York working as a desk assistant at "60 Minutes" and "CBS Sunday Morning". She also worked on the "David Letterman Show," and later joined the CBS News Press Office as a press assistant. During her tenure with Fox Five News in Atlanta, she reported on the highly publicized Elian Gonzales case and the murder charges against famed NFL star and former MVP Ray Lewis. In her "lighter" news moments, Day agreed to let a camera follow her through the training process and finish line of Atlanta's infamous, U.S. 10K Classic.

When Day isn’t working, you’ll likely finding her hiking the Santa Monica Mountains or striking a pose on her yoga mat. She twice competed in the Southern California Yoga Championship placing among the top five females on both occasions.  A runner at heart, Carolyn reveled in her first marathon experience, the 2006 ING New York Marathon. Her time was good enough to qualify her for Boston, which she ran the following year. She is also passionate about skateboarding, a sport she took up after a thirty-year hiatus. She claims it will keep her young forever if it doesn’t kill her first.

Carolyn graduated from UCLA with a bachelor’s degree in English. She later earned a master’s degree in Journalism from the University of Missouri School of Journalism. She is currently working on an independent documentary on suicide, a topic close to her heart.